The Celtics go for their second win in Summer League action as they take on the Indiana Pacers.

Share All sharing options for: Celtics take on Pacers in Summer League action Summer League is a strange creature where getting to look at players and evaluate them trumps wins and losses.  While teams like to get wins, the goal is to evaluate players, especially the undrafted free agents trying to make an impression.

The Celtics had 4 players who did not play in the first game and we should see them play in this game with others sitting out this one.  James Young is doubtful for this game once again with the neck injury he sustained in a car accident before the draft.

The Pacers had 3 players who did not play and, as with the Celtics, we should see those players get playing time in this one, while others who played in the first game will get a rest.  Since game rosters aren't listed ahead of time, it's hard to list matchups or probable starting lineups.

After today's game, the Celtics next play at 7:00 PM ET when their opponents will be the Detroit Pistons.

Moser has made a quality first impression, separating himself from some of his roster competition during four days of practice leading up to Saturday's summer league opener, then logging a bench-high 24 minutes, 33 seconds of floor time while putting up 17 points (on 6-of-11 shooting) with 3 rebounds, 3 assists, 3 steals and a block in Boston's 85-77 triumph over the Miami Heat. 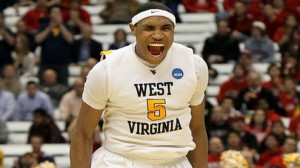 The 6-foot-8, 251-pound forward has made a fast impression. On the second day of camp, Pacers assistant coach Dan Burke (who is running the camp and coaching the team’s Summer League entry in Orlando) was asked which players had stood out to him so far. Jones’ name was the first (and only) one he mentioned.

"Kevin, he’s got ability to use his body, create angles," Burke said on Wednesday. "He runs the floor, he shoots the mid-range jumper. He’s a great rebounder…He’s that one that’s really jumped out for me.

Marcus Smart vs Donald Sloan
While Smart is a rookie, Sloan appeared in 48 games for the Pacers last season.   The 6'3" Sloan started at point guard in the Pacers' loss to the Nets and finished with 21 points, (6-11) with 4 rebounds and 3 assists.  Smart started the Celtics win over Miami at the 2 but transitioned to the point when Pressey went to the bench.  He finished with 10 points, 5 rebounds, 3 assists and 5 steals.  While he struggled on offense at times,  Smart's defense was noteworthy.