The Celtics host the Miami Heat for the 4th and final meeting this season in a game with big playoff implications.

Share All sharing options for: Celtics host the Heat in in a game with big playoff implications

The Celtics host the Miami Heat for the 4th and final meeting this season. The Heat lead the series 2-1 with a 100-84 win in Miami in December and an 83-75 win in Boston in February. The Celtics won their last meeting 100-90 in Miami on March 9. But that win proved costly in that Isaiah Thomas injured his back in that game and hasn't played since.

But, the Celtics could get a boost in this game from the return of their sharp shooting point guard. After the Celtics win over the Nets on Monday night, Brad Stevens said that it is "as close to probable as it gets" for Isaiah to return for this game vs the Heat. Hopefully he can steer clear of Dwyane Wade and his thuggish ways in this one.

The Heat's Hassan Whiteside caught his fingers in the net on a dunk in last night's loss to the Bucks. He got 10 stitches between his ring and middle finger. He didn't return to last night's game and is listed as doubtful for tonight vs Boston. Miami's back up center is also listed as questionable after suffering a calf contusion in last night's game as well. If both are out, the Heat will be very thin in the middle and Udonis Haslem is expected to get the start at center.

The Heat are playing in the second of back to back games after losing a 1 point game in Milwaukee on Tuesday. The Heat are 6-9 on the second night of back to back games. They are also 5-10 in Wednesday night games, the worst record of any night of the week. They are 0-2 on their current 4 game road trip and have lost their last 5 games on the road.

The Celtics are 18-17 at home while the Heat are 15-19 on the road. Both teams are 6-4 in their last 10 games. The Heat currently occupy the 7th spot in the race for the playoffs with the Celtics just one game behind them. The Celtics are currently the 8th seed, just 1/2 game above the Hornets and 1 game above the Pacers. A win in this game would be huge from the standpoint that it moves the Celtics to within one game of the 7th seed and even more importantly, would give the Celtics the tie breaker over the Heat should they finish tied.

For those watching the scoreboard, Brooklyn is playing at Charlotte and Indiana is at Washington.
Every game from now until the end of the season are must win games. The Celtics can control their playoff destiny if they win their games. So far they have had some help with the Pacers and Hornets losing along with them, but they can't depend on other teams to lose. They have to win their own games 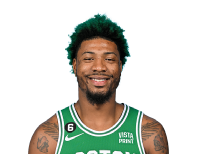 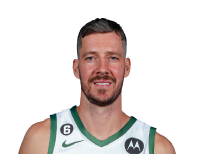 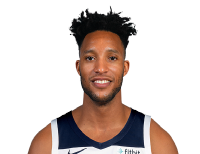 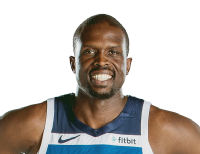 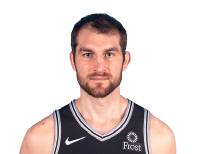 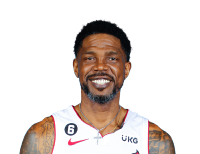 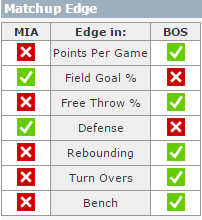 Marcus Smart vs Goran Dragic
Dragic didn't play in the last meeting between these two teams so his will be the first matchup between these two. Dragic is averaging 16.3 points, 3.6 rebounds, and 4.4 assists. Dragic is fast and has the ability to get to the rim. Smart will need to slow him down and thus slow down the Heat's offense. Dragic played 40 minutes on Tuesday night and so hopefully he will tire down the stretch.

Avery Bradley vs Dwyane Wade
Wade is one of the dirtiest players in the league. Bradley has always done a good job of slowing him down and hopefully that will continue in this game. Wade is averaging 21.6 points, 3.6 rebounds and 5.2 assists. And, hopefully Wade and his merry band of thugs don't injure any more of the Celtics players. Wade played over 30 minutes in their loss at Milwaukee on Tuesday night and hopefully will run out of gas in this one.


Celtics Player to Watch
Isaiah Thomas
Thomas would give the Celtics a boost if he can come back and play in this game. The Celtics can certainly use his scoring and the spark he brings off the bench. Hopefully he will come back strong after missing 2 weeks with the bruised back.

Wade is one of the dirtiest players in the league and it seems that every player that joins him on the Heat takes on his thuggish ways. Celtics need to keep an eye on Wade and not allow him to injure another Celtic.

Keys to the Game
Defense
Defense wins games. The Heat are allowing just 97.0 points per game. The Celtics have been playing good defense recently and they will need to match the Heat's defensive intensity in order to get a win in this game.

Rebound
The Heat are dead last in the league in rebounding, pulling down 38.8 rebounds per game. Crashing the boards will give the Celtics extra possessions as well as keeping the Heat from getting fast breaks and second chance points. However, Hassan Whiteside has been cleaning up on the glass in recent games and the Celtics need to work hard to keep him off the glass.

Be Aggressive
The Celtics have to be aggressive in going to the basket and not settle for jumpers, especially if the jumpers aren't falling. They have to dive for loose balls and be aggressive in crashing the boards. They can't afford to slack off or to allow the Heat to play harder than them.

Play Hard for 48 Minutes
The starters need to come out and play aggressively from the beginning and the second unit needs to come in and pick up where they leave off. They have to attack the basket and be aggressive on defense for the whole 48 minutes. No letting up. They need to play hard from start to finish. The Heat may be shorthanded, and often teams take shorthanded teams for granted and let up against them. The Celtics can't afford to do that. They must take this game seriously and play like it's game 7 of the Finals.

Run and Take it to the Hoop
The Celtics need to run on every possession. They have the legs to keep it up and not let up and to tire the Heat out. The Celtics also have to go to the basket and not settle for jumpers. Every game they have offensive droughts when their shots just won't go. When that happens, they have to go inside and not continue to hoist up jumpers. They need to go inside especially if the Whiteside and Andersen are out since the Heat will be thin in the middle.

Play Team Ball
The Celtics need to move the ball like they did in the game against the Nets and during their 5 game win streak. Against the Pistons, they stopped moving the ball and stopped playing as a team. Hero ball won't win games. They also need to take care of the ball and not make careless passes.

X-Factors
IT and Focus
The Celtics would get a big boost if Isaiah Thomas does indeed come back for this game. Also, the Celtics must keep their focus and make their shots as well as take care of the ball. They have to focus on playing as hard as they can and as a team, regardless of who is out for the Heat or whether IT will be able to play.

Zach Zarba
Zach Zarba has officiated 697 regular season NBA games, 27 playoff games and one Finals game during his 11 year career. Prior to joining the NBA, Zarba officiated in the NBA Development League for two years, where he was part of the crew that officiated the 2003 D-League Finals. He also spent one year officiating in the CBA and two years officiating in the IBL. Zarba has three years of collegiate officiating experience in the ACC, SEC, Colonial, ASUN, OVC and NEC Conferences. In addition, he has three years of high school officiating experience in New York. In a win over Cleveland last season, Zarba made 3 terrible calls down the stretch which prompted Tommy to say "Zach Zarba, every time we have this guy he makes things up." In his 3 games with the Celtics this season he hasn't been particularly bad. The Celtics are 1-2 this season and 4-6 in their last 10 with Zarba and the Heat are 2-2 this season and 7-3 in their last 10. He is a homer ref with a home W/L record this season of 35-23.

Eric Dalen
Eric Dalen officiated 336 regular season games in his first six NBA seasons. Prior to the NBA, Dalen worked for five seasons in the NBA Development League and officiated the 2008 D-League All Star Game and the Finals. He also officiated for three years in the Southeastern Conference. Dalen was a two-year letter winner at the University of Minnesota where he played tight end for the football team. I couldn't find much on the guy other than an article where Andrew Bynum was complaining about Dalen calling all 6 fouls on him in a game in 2008.

Josh Tiven
Joshua Tiven is entering his fifth NBA season having officiated 227 NBA games and one playoff game.
Tiven has seven years of NCAA officiating experience, as well as two years of WNBA officiating experience and two seasons of WNBA Playoff experience. He also has worked three NBA D-League Finals, as well as the 2007-08 NBA D-League All-Star Game. Tiven lives in Connecticut and he has a twin brother who is a big Celtics fan and who has been shown in the crowd at the Garden when Tiven was officiating. Tiven also has little controversy in his time in the league and has been fairly good in the games he has called for the Celtics. The Celtics are 5-0 this season and 8-2 in their last 10 games with Tiven while the Heat are 2-3 this season and 5-5 in their last 10 games with Tiven on the court. His home W/L record this season is 32-25.