Celtics visit Perk and the Cavs (how weird is that??)

Celtics continue tough March schedule with a visit to the Cleveland Cavaliers.

Share All sharing options for: Celtics visit Perk and the Cavs (how weird is that??) 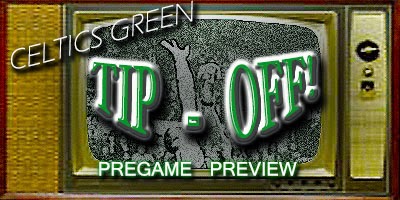 The Celtics pay a visit to the Cleveland Cavaliers for the 2nd of 4 meetings this season. The Cavs won the first meeting 122-121 in Boston on November 14. The Cavs overcame a 19 point fourth quarter lead with a 38-18 fourth quarter run to get the one point win. LeBron James scored 41 points and Kyrie Irving added 27 points in that win. Kelly Olynyk led the Celtics with 21 points. Jared Sullinger had 19 points and 10 rebounds.

The Cavs have been dominant at home, winning their last 11 home games by an average of 14.8 points per game. Over their last 20 games they have held opponents to 41.4% shooting. The Cavs have lost their last two games, both of which were on the road and they were without their starting point guard in both games. Irving is expected to return to the starting lineup for this game.

The Cavs are playing for playoff positioning. Cleveland is 1/2 game behind Chicago for the third seed and 1 game behind Toronto for the second seed. The Celtics are fighting to make the 8th seed of the playoffs and on Saturday were in a 3 way tie for that spot. With their loss to the Warriors on Sunday and Brooklyn's win over the same Warriors, the Celtics have fallen 1.5 games behind the Nets for the 8th seed. Given that the Cavs are fighting for position and lost 2 straight games, expect them to come out strong in this one.

Kyrie Irving has missed the last 2 games for the Cavs with a shoulder injury. The Cavs are 0-4 without him this season. Unfortunately, he is expected to return for this game. The Celtics may get Kelly Olynyk back from his ankle injury for this game. He is day to day. Former Celtic Kendrick Perkins has joined the Cavs. I still love Perk, but it sure is hard to cheer for him when he's on the same team as LeBron James.

Marcus Smart vs Kyrie Irving
Irving has missed 2 games with a shoulder injury but is expected to be back for this one. He scored 27 points in the last meeting between these two teams and always seems to have big games against the Celtics. He is averaging 21.7 points, 3.3 rebounds and 5.2 assists per game. Smart will need to play tough defense to try to slow him down.

Evan Turner vs LeBron James
LeBron James is a tough cover for anyone and he will definitely be tough for Evan Turner. Jae Crowder may be more effective defending LeBron if Evan struggles. James may be particularly hard to cover in this game as he choked in the Cavs' last game, missing 2 free throws with 4.2 seconds left in the game and the Cavs down 1. He may feel like he has something to prove in this one.

Honorable Mention
Brandon Bass vs Kevin Love
Love is also a tough cover. He is averaging 17.0 points, 10.2 rebounds, and 2.3 assists. He is a very good 3 point shooter and can also take the ball into the paint. Bass will have his hands full trying to keep up with him.

Keys to the Game
Defense Defense Defense!! Defense is key to winning every game. The Celtics' defense has been much improved of late, but they still need to increase their efforts on that end. The Cavs are 18-0 when they score 100+ points so it will be very important for the Celtics to play tough defense and keep the Cavs below 100 points.

Push the Pace - The Celtics need to push the pace of the game and keep the Cavs running. If they do, they will have a chance to get some easy points before the Cavs defense sets up.

Effort - The Celtics have won their games by putting out more effort than their opponents. They don't have the talent that the Cavs do, so they have to make up for it with effort and aggressiveness. They have to be the first team to loose balls and rebounds, and they have to be the team that works harder if they want to have a chance to win this game.

X-Factors
Road Game and Effort
Sometimes focus is a problem for young teams when they are on the road. They have to focus and try to overcome the distractions that can slow down young players. Effort is very important if the Celtics want to win this game as the Cavs have more talent and so the Celtics have to put out more effort.