The Celtics look to rebound (literally) against the Hornets

The Celtics hope to rebound from their loss to the Bulls as they visit the Hornets for their home opener.

Share All sharing options for: The Celtics look to rebound (literally) against the Hornets 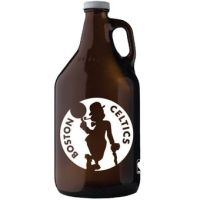 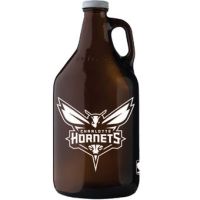 After meeting twice in the preseason, the Celtics and Hornets meet for the first time in the regular season. Both are playing in their 3rd game in 4 nights. The Celtics are 1-1 while the Hornets are 2-0, beating the Bucks and then the Heat in a come from behind win. This is the Hornets home opener and so the Celtics need to be ready for another team playing an emotional game and a very loud and excited crowd.

The Celtics were missing both Marcus Smart and Kelly Olynyk for both of their first games and both are expected to miss this game as well. The Hornets were without both Brian Roberts and Frank Kaminsky in both of their games. Kaminsky is a game time decision while Roberts is day to day.

Roy Hibbert left their game against the Heat on Friday night after just 4 minutes with a knee injury and didn't return to the game. He is listed as a game time decision for this game. The Hornets will be a bit short handed if both Kaminsky and Hibbert are out. If so, then more than likely, Cody Zeller will start against his older brother's team with Spencer Hawes backing him up.

The Celtics were outworked by the Bulls in their loss on Thursday and the Nets almost outworked them in a comeback that fell just short in their season opener. The Celtics prided themselves on outworking teams last season and so this loss didn't sit well with any of them. Hopefully it was a wake up call and they will come out with more effort and hustle in this game.

Isaiah Thomas vs Kemba Walker
Walker has played very well in his first two games, averaging 20.5 points, 2 rebounds and 6 assists per game. Isaiah will have a challenge keeping up with him on defense and he needs to make Kemba work on the defensive end by hitting his shots.

Jae Crowder vs Michael Kidd-Gilchrist
Kidd-Gilchrist scored 23 points to go with 14 rebounds in the win over the Bucks. He only scored 3 points with 5 rebounds against the Heat, but also blocked 4 shots. Jae needs to keep him from having another big game.

Honorable Mention
Center Matchup
If Hibbert plays, he is a formidable opponent at 7'2" and can control the paint if healthy. He finished the first game with 15 points, 9 rebounds, and 5 blocks. Frank Kaminsky gave the Celtics a tough time in the preseason so if he is able to play, the Celtics will also have a challenge in the paint. Amir Johnson, Al Horford, or Tyler Zeller needs to come have a strong game for the Celtics to match up.

Keys to the Game
Defense!!! - Defense wins games but the Celtics haven't shown much on defense in their first two games. They have too many very good defensive players for them to allow teams to have high scoring games on them. The perimeter defense in particular needs to tighten up.

Rebound - You have to have the ball in order to score and you are going to struggle if you allow the opponent to beat you on the boards. The Bulls out-rebounded the Celtics 55-36. The Celtics simply must fight harder to win the battle of the boards. They won't win many games in which they are out-rebounded by 20.

Be Aggressive - The Celtics need to be the more aggressive team. They weren't happy after the Bulls game, feeling like they had been punked the entire game. Hopefully they will use that to motivate them to come out and play harder than the Hornets in this one. They have to play harder and fight for loose balls and rebounds and play harder on defense. They must be the team that wants it more!

X-Factors
Fatigue and Toughness
Both teams are playing in their 3rd game in 4 nights. The Celtics played Wednesday and Thursday and had Friday off. The Hornets played Wednesday and Friday and are playing in the second game of a back to back set and had to travel overnight. The Celtics flight was delayed and the team spent 6 hours sitting on the plane before they were able to take off to head to Charlotte. Depth will be important as both teams try to manage fatigue.

The Celtics pride themselves on being the tougher team and on playing harder then their opponents. They were out played and out toughed in their game against the Bulls and hopefully that will motivate them to play harder in this game, especially on the boards and on defense. If the Celtics can find their toughness and defense that has been missing so far, they have a good chance of winning this game.