The Celtics take on the Chicago Bulls as they begin play in Las Vegas, the premiere showcase for rookies and young NBA players.

Share All sharing options for: Celtics begin play in the Vegas Summer League as they take on the Bulls

The Bulls team features two players from last year's Bulls team in 6'11" Bobby Portis and 6'9" Cristiano Felicio.  They also have Jerian Grant,  a second year player newly acquired from New York.  Denzel Valentine, the 14th pick in the draft, will also be playing for them.

The Celtics are hoping to have Jordan Mickey, who missed the Utah Summer League with a shoulder injury, back with the team.  He was flying to Vegas to join the team but his availability for this game isn't known.  They also hope that their first round pick, Jaylen Brown, will be back with the team after missing the final two games with a bone bruise on his knee.  RJ Hunter is also hoping to return from a wrist injury that kept him out of the final two games of the Utah Summer League.

The Celtics will once again have a height disadvantage, but if Mickey can return, that would help considerably.  The fact that the Celtics have already played 3 games together in Utah should give them a little advantage over the Bulls who will be playing their first game of the Summer. After a slow start, Guerschon Yabusele played very well in the final two games in Utah.  He moves very well and has rebounded and played well around the basket.  While he may spend another year in France, there is still a chance he could make the Celtics, especially if Jared Sullinger leaves for more money elsewhere.

Terry Rozier has been the Celtics' best player so far in Summer League.  He has shown improvement in handling the ball as well as shooting.  He is coming off a game vs the Spurs where he scored the last 7 points including the clutch game winning 3.

Jordan Mickey has yet to play in Summer League and Celtics fans are waiting excitedly to get a look at him.  He played very well in Maine last season and shows a lot of promise.  Hopefully we will get to see him in this game. Second year player Bobby Portis is the Bulls tallest player at 6'11".  There were a lot of mock drafts as well as Celtics fans who wanted the Celtics to draft Portis last year.  He averaged 7 points, 5.4 rebounds, and 0.4 blocks for the Bulls last season. 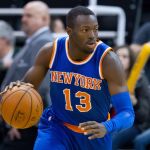 Jerian Grant is a 6'4" guard that was recently acquired by the Bulls from New York.  Grant showed some flashes of talent last season, averaging 5.6 points, 1.9 rebounds, and 2.3 assists for the Knicks. Denzel Valentine was the 14th pick in this year's draft.  He's talented and several mocks predicted that the Celtics would take him with pick #16.

Keys to the Game
Defense - Defense is always key to winning.  The Celtics need to focus on getting stops and try to keep the Bulls out of the paint.
Rebound - The Celtics once again are at a height disadvantage and so each  player must concentrate on boxing out and going hard after rebounds.  Everyone will need to contribute on the glass, especially is Mickey is still unable to play.
Don't Force Things - Often in Summer League players try to do too much and try a bit too hard to make an impression and in the process they end up playing worse.  Have fun and play your game.  Don't force it.

Be Aggressive -  The Celtics need to be the more aggressive team on both ends of the court.  The announcers mentioned that the team that enforces their will on the game will usually have the calls go their way. That is especially important in games like these where the whistle tends to blow more frequently.  The Celtics need to drive to the hoop, be aggressive on defense and be confident on both ends of the court.

Injuries - As of this moment,  there haven't been any announcements as to whether RJ Hunter, Jordan Mickey and Jaylen Brown can play today or not.   It will definitely be easier for the Celtics if any or all of them can play today..  Without them,  it becomes a tougher challenge for them.