Celtics look to bounce back as they visit the Blazers

The Celtics continue their Western road trip as they get back on the court to take on the Portland Trailblazers.

Share All sharing options for: Celtics look to bounce back as they visit the Blazers

The Celtics' western road trip didn't start out very well as they lost to the short handed Kings. They continue the trip against the Portland Trailblazers who beat them 127-123 in Boston on January 21. They split the series 1-1 last season with each team winning on their home court.

Former Celtic Evan Turner broke a bone in his hand in their last game and is expected to be out 5-6 weeks. Festus Ezeli is also out with a knee injury. Avery Bradley didn't make the trip with the Celtics and isn't expected back until after the All Star break. 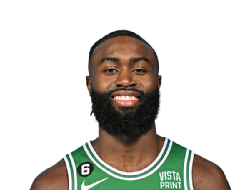 Isaiah Thomas vs Damian Lillard
Isaiah will have his hands full guarding Damien Lillard who is averaging 26.0 points, 4.8 rebounds, and 5.8 assists per game. Lillard scored 28 in the Blazers OT win over the Celtics in Boston and slowing him down will be a key to getting a win.

Jaylen Brown vs CJ McCollum
While Isaiah is working to guard Lillard, Jaylen will have a challenge of his own trying to stay with CJ McCollum, who is averaging 23.5 points, 3.7 rebounds and 3.6 assists. The Celtics will need to play tough defense to try to control Portland's high scoring back court duo.

Honorable Mention
Amir Johnson vs Mason Plumlee
Plumlee is averaging 11.0 points, 8.0 rebounds and 4.0 assists and is capable of putting up big numbers. In the first game against the Celtics this season Plumlee led the team with 11 rebounds and 8 assists.

Keys to the Game
Defense - Defense is a key to winning every game. The Celtics have not been playing the tough defense this season that they were known for last season. Against the Kings, the Celtics' defense was not good at all. The Blazers are 7th in the league with 540 three pointers this season. The Celtics must especially defend the 3 point line much better than they did against the Kings, or the Blazers will make them pay. The Blazers average 107.6 points per game, good for 8th in the league and so the Celtics must step up their defense because they won't win in a shoot out on the road.

Rebound - The Celtics must make an extra effort to grab rebounds in order to give themselves extra possessions as well as to keep the Blazers from cashing in with second chance points. The Celtics were out-rebounded by 10 by the Blazers in their first meeting. The Celtics are 14-1 when they out-rebound their opponents. The Celtics simply must work harder on the boards if they want to win this one.

Be Aggressive - The Celtics have to be the team that works harder and wants the win more. They have to dive for loose balls, go for every rebound and just hustle on every play. They have to be aggressive in getting to the basket as well and not settle for outside shots, especially if they aren't falling. They obviously didn't play as hard as the Kings and they lost the game. They simply must be the team that plays harder and wants it more.

X-Factors
Officiating Factor - The officiating is an x factor for every game. Every officiating crew calls games differently. Some call every little foul making it difficult to get any rhythm and some let the teams play. Some refs have an agenda and call the game for or against a particular team or player or to favor the home team. And there are always star calls no matter who the referees are. The home team also tends to get some home cooking from the officials. lRegardless of how the game is called, the Celtics need to play through it and keep their focus.

Focus Factor - The Celtics weren't focused against the Kings at all and allowed the Kings to out play them in spite of being short handed. The Celtics underestimated their opponent and if they underestimate the Blazers and let them out play them, they will have another loss. The Celtics turned the ball over 17 times and shot only 39.7% and that indicates that the Celtics weren't focused on playing the right way. They must come out focused and play hard from the opening tip to the final buzzer if they want to win this game.