Celtics begin 5 game road trip with a game against Lakers

The Celtics begin a 5 game Western road trip with a stop in LA to take on the Los Angeles Lakers, looking to sweep the series for the first time since 2008..

Share All sharing options for: Celtics begin 5 game road trip with a game against Lakers

The Celtics begin a 5 game Western road trip with a stop in LA to take on the Lakers for the 358th time since the Celtics first faced off against the Minneapolis Lakers on November 9, 1948. This is the 2nd and final game between these two storied franchises this season. The Celtics won the first meeting in Boston 113-107. Lou Williams, who was moved at the trade deadline, led the Lakers with 21 points. Isaiah Thomas led the Celtics with 38 points, with 17 coming in the 4th quarter.

The Lakers, though have a very good reason to want to lose this game. If their draft pick falls out of the top 3, it goes to the Philadelphia 76ers, who are working on a top pick of their own. Because of the bad blood and storied rivalry between the two franchises, the Lakers aren't likely to lie down and let the Celtics win in a blow out. But, I don't see them wanting to win all that much either.


If the Celtics want to compete for the top seeds in the East, they have to win games like this one against the teams that they should beat. Unfortunately, the Celtics have a history of playing down to teams they should beat (See Kings game at the start of their last western road trip). Hopefully the team remembers as well and don't make the same mistake in this game. Gerald Green is a game time decision with a heel injury for the Celtics. Thomas Robinson is listed as a game time decision for the lakers with flu like symptoms. 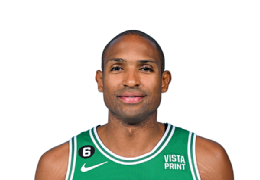 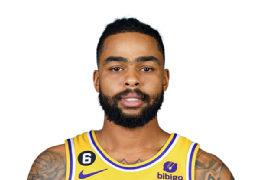 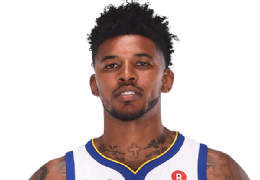 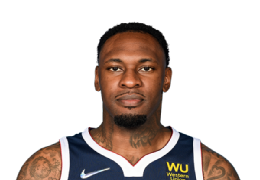 Isaiah Thomas vs D'Angelo Russell
Russell is averaging 14.8 points, 3.7 rebounds, and 4.8 assists a game. After struggling in a couple of games, Isaiah snapped back against the Cavaliers and should have a big game in this one.

Avery Bradley vs Nick Young
Young is averaging 13.5 points, 2.3 rebounds and 1.0 assists. He is 10th in the league in 3 pointers made and is shooting 40.7% from beyond the arc. Even through he is still on a minutes restriction, it will be good to have Avery's defense back for this game as he missed the last meeting between these two teams.

Honorable Mention
Bench vs Bench
The Celtics reserves will have to play well to offset the Lakers' reserves, who lead the league in bench scoring with 50.1 points off the bench per game.

X-Factors
Road Trip - The Celtics are beginning a 5 game road trip and the first game is always tough with the time change and jet lag and all that. The Celtics need to stay focused and overcome all the distractions that playing on the West coast, against a lottery team, and in a hostile arena can bring.

Trap Game - The Celtics stood pat at the trade deadline, but the Lakers actually got a bit worse when they traded Lou Williams. They are next to the last in the West and the Celtics might be tempted to underestimate them but that would be a mistake. The Celtics have to come out and play as though they are playing the Warriors and not let the Lakers gain any confidence.

Officiating - Officiating is a factor in every single game played in the NBA. Every crew has their own biases and their own way of officiating and many times it affects the way the game is played. Kobe once made the comment in an interview that he didn't know how the Lakers won game 7 of the 2010 Finals. It's very simple. After the referees allowed both teams to play in the first 3 quarters with the Lakers shooting 16 free throws to 11 for the Celtics, they called the 4th quarter completely one sided with the Lakers shooting 21 free throws to the Celtics. Hopefully they will call this one fairly and let them play.