The Celtics close out their 6 game home stand tonight with the 3rd and final game against the Orlando Magic. With a win tonight the Celtics would complete their 8th sweep of the season having already swept Dallas, Indiana, the Lakers, Memphis, Miami, Minnesota and Utah

Share All sharing options for: Celtics look to close out their 6 game home stand with a sweep of the Magic

The Celtics have no injuries listed. Former Celtic Jeff Green is out for the Magic with back soreness. The Magic traded Serge Ibaka at the trade deadline and so have a different look than they did the last time these two teams met and they seem to be playing better with their new lineup.

Standings Reset
With the loss to the Bulls on Thursday night, the Celtics once again move half a game in front of the Cavaliers for first in the East. The Wizards and Raptors both lost on Wednesday and so Washington remains 2 games back of the Celtics and the Raptors remain 3 games back. Milwaukee and Atlanta are both 9 games back.
Games to Watch Indiana at Toronto, Philadelphia at Cleveland, Washington at Utah 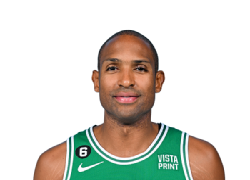 Isaiah Thomas vs Elfrid Payton
Payton is averaging 12.5 points, 6.1 assists, 4.6 rebounds and 1.1 steals. He is quick and will try to limit Isaiah's looks at the basket. He also has a size advantage and may try to use that to challenge Isaiah's defense.

Honorable Mention
Avery Bradley vs Evan Fournier
Fournier has given the Celtics problems in the past. It will be up Avery to keep him from having a big game in this one. He is averaging 16.9 points, 3.2 rebounds and 3.0 assists per game. Avery will need to stay with him beyond the arc or he will make them pay.

Keys to the Game
Defense - Defense wins games pure and simple. It seemed as though the Celtics had found their gritty defense during this home stand but then they let it slip once again against the Bucks. They need to get back into the mindset of making defense their priority and once again play tough team defense.

Rebound - The Celtics have to crash the boards in order to give themselves extra possessions as well as to prevent the Magic from getting second chance points and fast breaks. The Magic are averaging 43.2 rebounds per game. The Celtics need to work hard to beat the Magic to the rebounds.

Move the Ball Carefully - The Celtics have to move the ball and find the open man. But in moving the ball, they have to make careful passes and not get sloppy. The Magic will make the Celtics pay if they don't value every possession. The Celtics play much better when they keep the ball moving and don't play hero ball.

Play 48 Minutes - The Celtics have to get off to a good start and build a lead and then not let up until the final buzzer. They have to be ready for every Magic run and meet it with defense and then make their own runs. They have to play from opening tip till final buzzer with no let up.

X-Factors
Bench Play - The Celtics bench struggled against the Bucks and the Celtics will need more out of them in this game. The Magic's reserves are averaging 35.4 points per game this season and so the Celtics reserves have to give them more than they did on Wednesday.

Officiating Factor - Officiating will be an X-Factor for every game. Every crew has their own way of calling the games and they have their own agendas. Will they call it fairly or in favor of one team or the other? Will they let them play or call every little minor contact? The way the game is called always has an effect on the players and the way they play. The Celtics have to be able to adjust to however the refs call it.

Zach Zarba has been more bad than good in games he has previously called. The last game that he called was the Bulls game where he didn't call a foul as the Bulls were mugging James Young at half court with less than a minute to go. A very obvious foul that he chose to ignore. Then that same Zach Zarba called the last second foul on Marcus when there was a question as to whether he even touched Butler or not. So, who knows what the Celtics will get tonight.