CelticsBlog has teamed up with BreakingT on a Celtics NBA Playoffs t-shirt commemorating the steady progress of Jaylen Brown and Jayson Tatum. The former #3 picks of the 2016 and 2017 NBA Drafts were consistent scorers in the regular season, but with all the injuries, have stepped up their game in the playoffs.

Both are averaging around 17 points per game and have come up big in big spots. Brown dropped two 30-point games on the Bucks in Boston’s grueling seven-game series vs. Milwaukee and Tatum scored 28 vs. RoY favorite Ben Simmons and the Sixers in a Game 1 win. 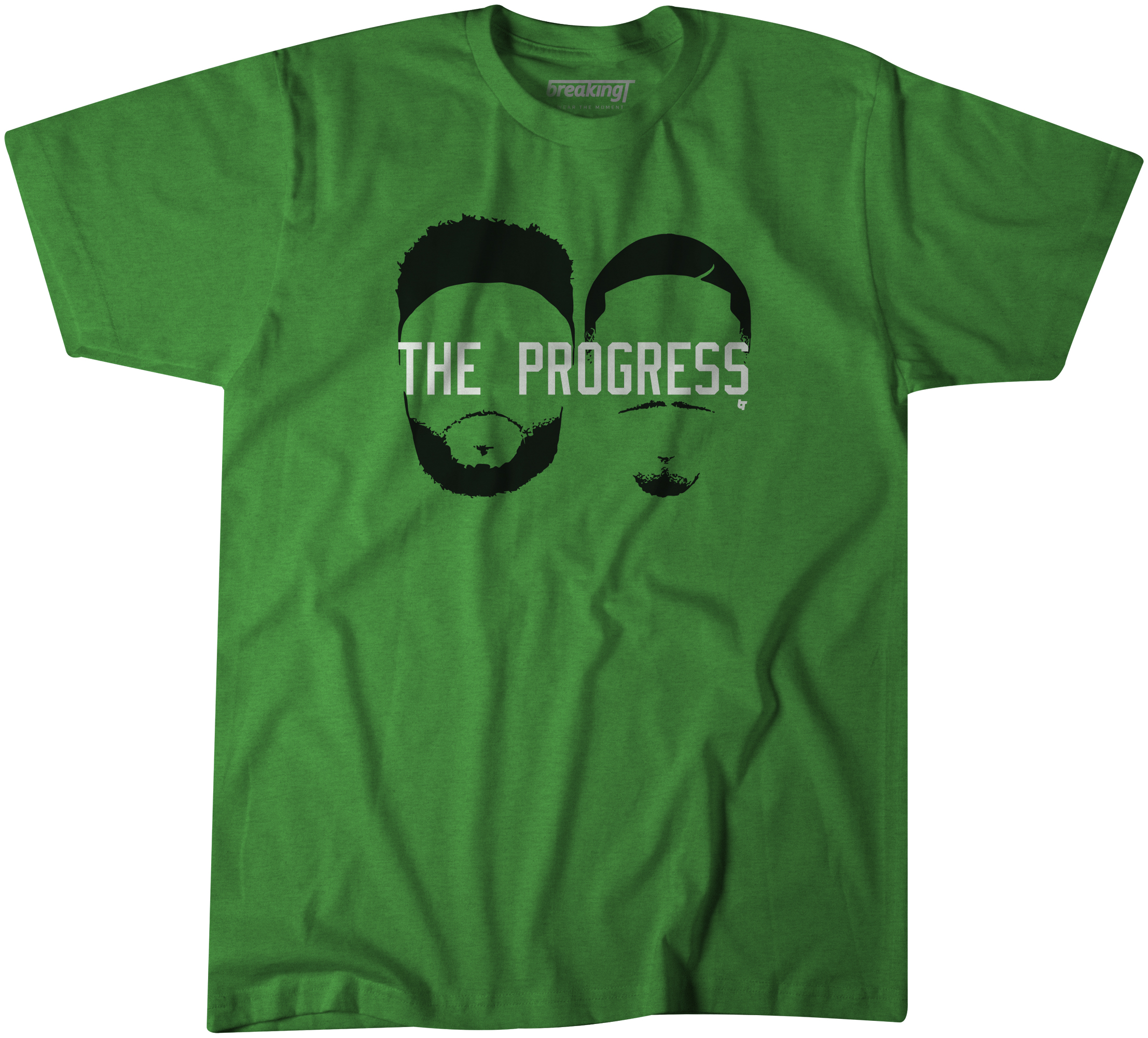 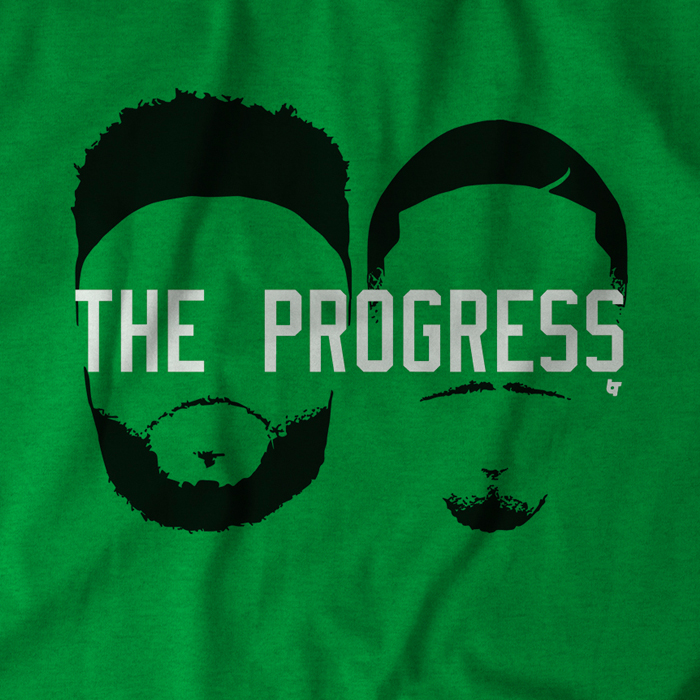 While Philadelphia celebrates The Process (which, if we’re being honest, was just glorified tanking), Boston has been the picture of progress since the arrival of Brad Stevens. The team has increased their win total each of the last four years and despite surmounting injuries this season, has looked like contenders in the East.

You can get the t-shirt here. BreakingT also has a Scary Terry Rozier Season t-shirt and a Marcus Smart Winning Plays t-shirt.