Al Horford and what could have been

Big Al should still be in Celtics green.

Share All sharing options for: Al Horford and what could have been

These NBA Playoffs have a cruel sense of humor. The matchups in the quarterfinals seem fated by the basketball gods, or at least scripted by reality show producers. Jimmy Butler vs. T.J. Warren. James Harden, Chris Paul, and (eventually) Russell Westbrook against their former teams. And for the Celtics and 76ers, this first round series is the Al Horford Bowl.

It would be one thing had it been a messy divorce. The 2018-19 campaign might have been an utter disaster/disappointment/failure, but there were really no indications that Horford had plans of leaving and not picking up his $30.1 million player option. You can’t blame him though. For Horford, he figured that fortune would favor the bold.

After a roster overhaul exorcised Kyrie Irving, Terry Rozier, Marcus Morris, and Aron Baynes from Boston, the writing was on the wall. Danny Ainge was bringing in a big rookie class and the youth movement was seemingly in full effect. Philadelphia was the only contender that could bring Horford into the fold AND pay him. In an interview with The Herald’s Steve Bulpett, he talked about prioritizing winning a championship and how Irving leaving signaled a course change for the Celtics. His “window is now” and Philadelphia made the most sense.

Well, and Boston as time would tell.

Several words can describe Horford’s career. Consistent. Reliable. Solid. His resume includes successful stints in Atlanta and Boston as not necessarily the sexy face--those eyes though!--of the franchise, but more its backbone. In his three years as a Celtic, he gladly took second billing to Irving and Isaiah Thomas, but to more discerning fans, he was considered the piece that made it all work. 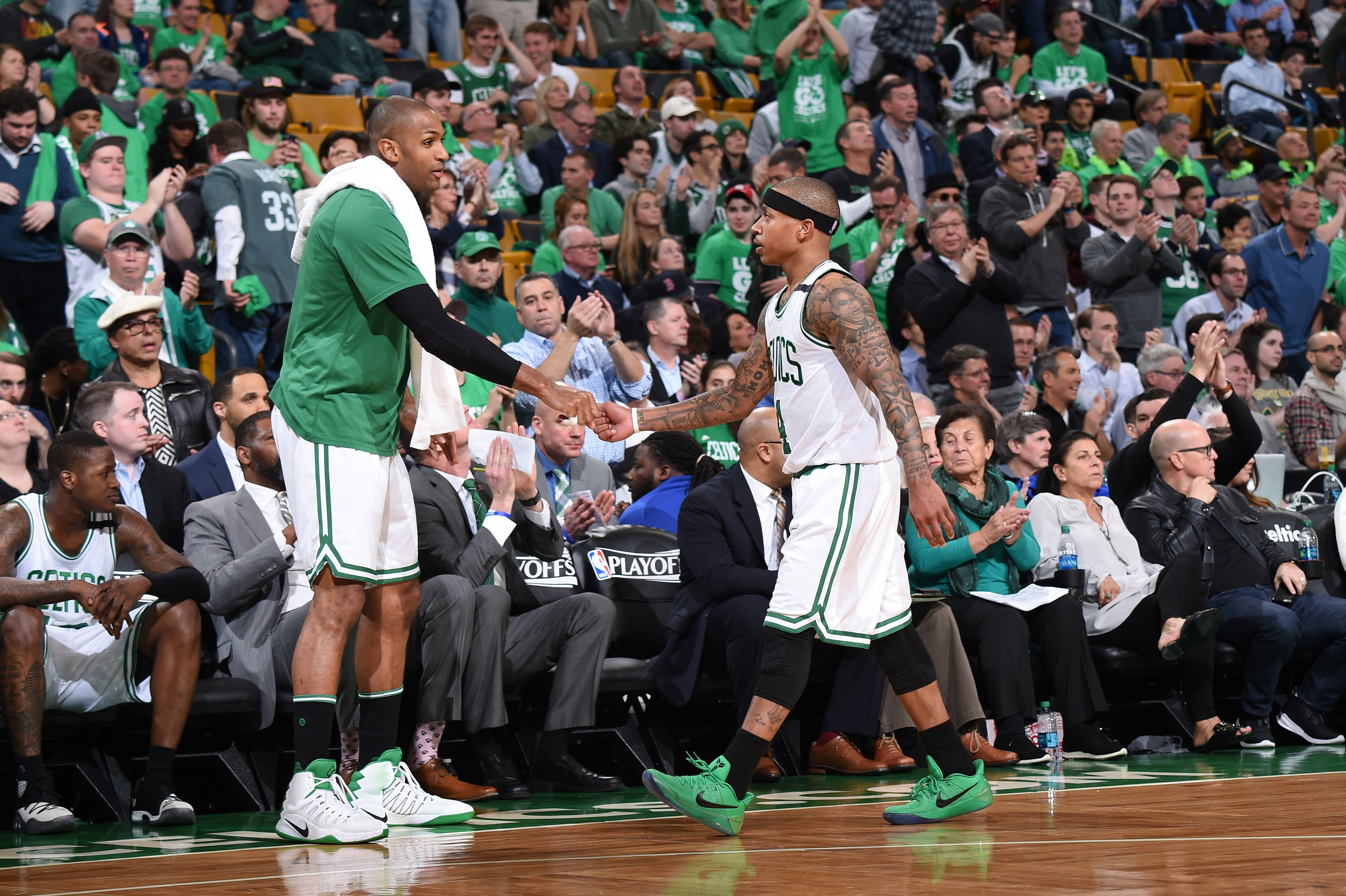 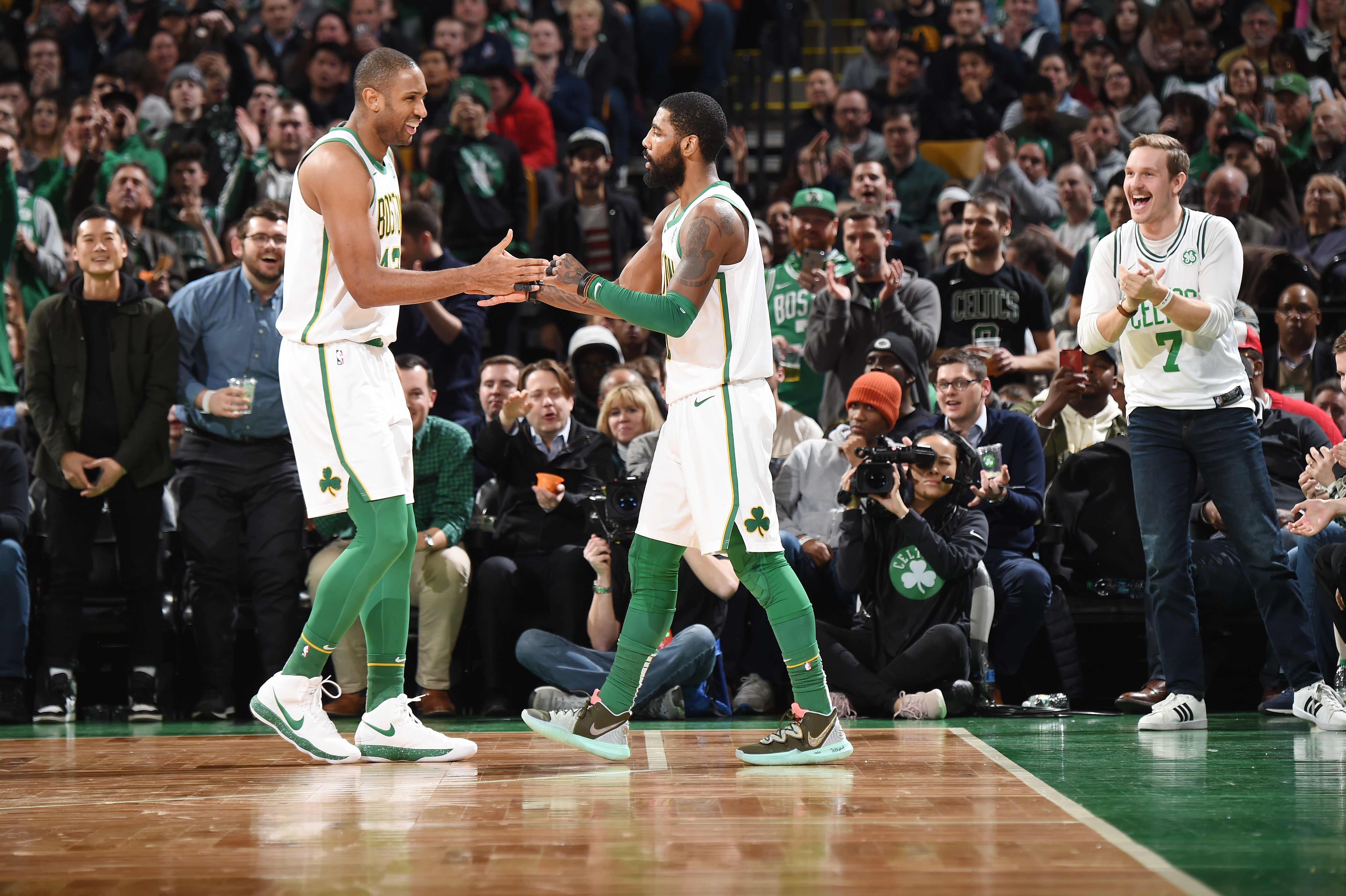 Had he re-signed, it would have signaled a further commitment to what he and Brad and Danny were building in Boston. Remember: he was the first big free agent to take a chance on Stevens’ vision. He played a key part in recruiting Kevin Durant. It’s not hyperbolic to suggest that despite his place on the marquee, this was Horford’s team. He had shaped his game to fit the modern NBA and Stevens plugged him in as the prototypical big in his offensive and defensive schemes. Horford became the hub of The Hub, the quarterback and middle linebacker for the Celtics.

We can daydream what this version of Boston would have looked like with #42. He’d cement a front court that’s solid now, but not exactly rock solid. He’d be flanked by two young superstars in Jaylen Brown and Jayson Tatum (not to mention closer contemporaries in Walker and Gordon Hayward) that would have extended his window of contention and made his job easier as he approached the twilight of his career. At 34, he’d reach an elder statesman status with the franchise that would have most likely vaulted him to the rafters had Banner 18 gone up before his retirement.

Horford’s decision brings up some existential questions. Disregard the monster contract that will likely be his last triple-digit deal of his career even though $109 million is impossible to disregard. Maybe it’s a media construct of sorts, but I wonder if his legacy ever crossed his mind. There are sports cities that revere their stars. Boston is one of them and he would have retired as a legend in New England.

There’s some conjecture as to whether or not a deal could have been made to bring Big Al back. He’s hinted that knowing that Kemba Walker was coming would have made a difference, but he had already made a verbal commitment to Philadelphia. Ainge made some 11th hour moves and machinations, but alas, Big Al is a 76er. His first year has had its ups and downs. Brett Brown struggled to make things fit and before Ben Simmons was lost for the rest of the year, Horford was coming off the bench, a role he might be suited for considering the roster construction, but probably a place in the pecking order he didn’t expect.

Today, we are enemies, but not ones born on South Street or at North Station. Including his name to a rivalry rich with folklore of Russell and Chamberlain or Bird and Erving doesn’t feel right. Horford was one of us once. This is an unrequited relationship of two ex-lovers, a wound salted by both nostalgia and regret. It doesn’t have the knife edge of Ray Allen’s departure to Miami. I’m sure Marcus Smart holds no ill will to Horford. Their relationship seems warm and playful. However, I’d imagine that there are times that a stab in the back hurts less than the sting of what could have been. It’s the job you didn’t take or a girl you didn’t see about. Win or lose, this will be a bittersweet series to watch because there will always be that thought in the back of our minds of how things could have been different.