Could this be the passing of the torch and the start of a new dynasty?

Back in 1991, a 27-year-old Michael Jordan and a 25-year-old Scottie Pippen beat a 31-year-old Magic Johnson and a 29-year-old James Worthy to win their first NBA title. The Lakers had been to five of the last seven Finals, but the upstart Bulls abruptly ended that run. The rest is history. That championship would kick off a three-peat and another one two seasons later. Now, on the 75th anniversary of the NBA, a young Celtics team has similar intentions in mind.

Jaylen Brown (25) and Jayson Tatum (24) have reached their first NBA Finals. Standing in their way are the Golden State Warriors, the league’s gold standard and Western Conference representatives six out of the last eight years. Their core of Steph Curry, Klay Thompson, and Draymond Green is in their thirties and respectfully, in the backend of their primes. 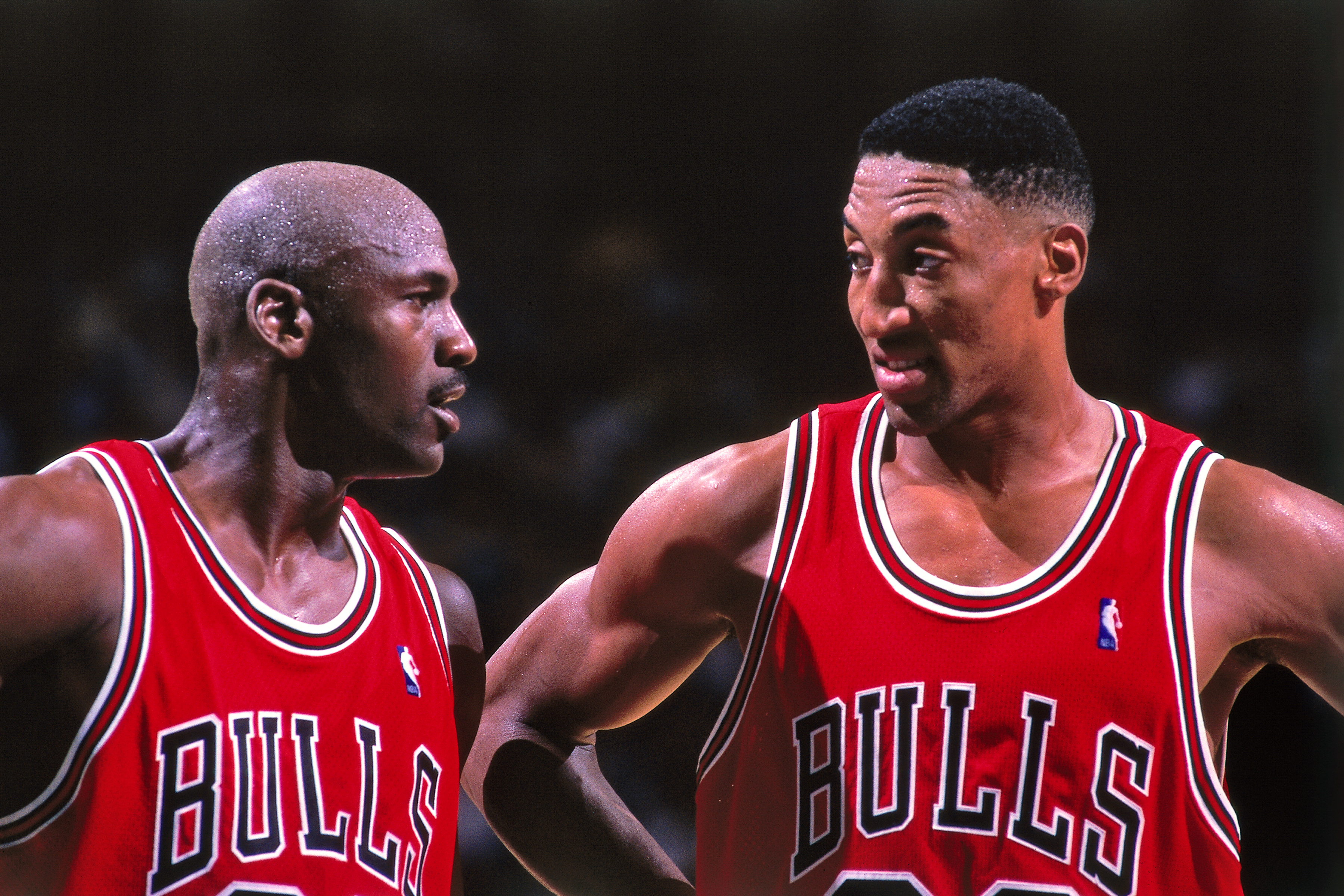 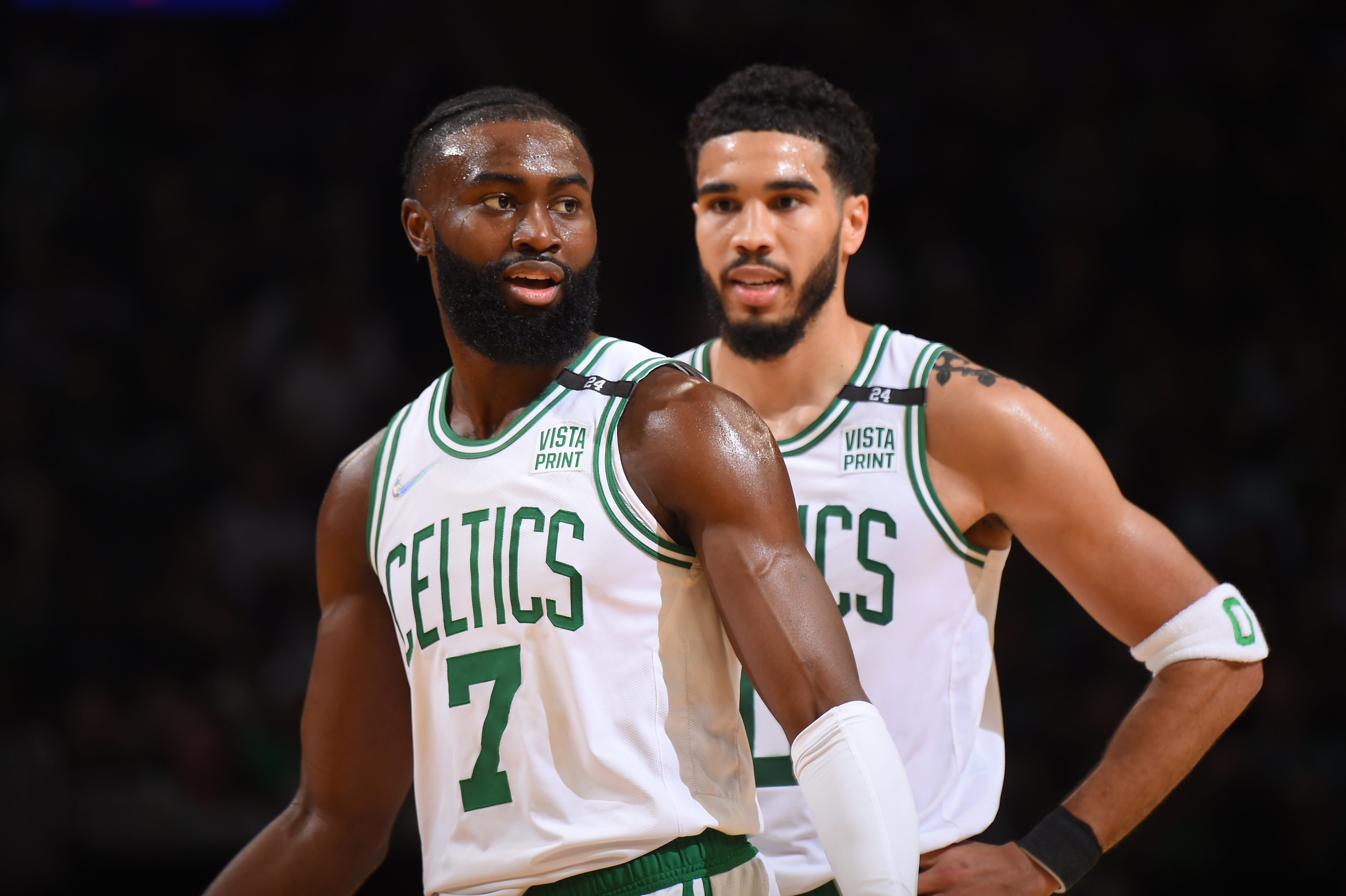 Regardless of their seedings, these Finals pit the two best teams of their coasts against each other and while there will be chess moves by their coaches and role players stepping in and out of the spotlight, the NBA is still about its superstars and when it comes down to handing a team the Larry O’Brien trophy in two weeks, Curry & Thompson and Tatum & Brown will be front and center.

To some extent, this is a bit of mythologizing. If Ime Udoka and Steve Kerr have their way, the duos will rarely go head-to-head in one-on-one battles. We’re probably not going to see a lot of Pippen hounding Magic full court. As CelticsBlog’s Adam Taylor writes, Andrew Wiggins will mostly likely cover Jayson Tatum. For Boston, look for Smart to cover Curry; for what it’s worth, per StatMuse, over the last five seasons, Curry has only scored 30 points over five seasons (37% shooting) when defended by the Defensive Player of the Year.

But as their respective teams’ offensive engines, we’re still expecting big things from that foursome, regardless of who is standing in front of them when they’re shooting their shot. In the playoffs, Curry (18.9), Thompson (16.7), Tatum (19.6), and Brown (16.8) are leading their teams in field goal attempts. All have had 30+ point games in these playoffs and all are capable of carrying their team in any given game.

After beating two top-10 defenses in Memphis and Dallas, Golden State enters The Finals with the postseason’s most efficient offense (116.1 points per 100 possessions). And while their two vets take the bulk of the shots, they’re generated very differently than the Celtics. There’s a frustratingly beautiful randomness when it comes to the Warriors’ offense. It’s dictated less by X’s and O’s and more influenced by concepts and points of emphases. Even though Curry and Thompson are their main weapons, they’ll put everybody in motion to keep defenses both honest and guessing.

Smart starts out on Curry here, but as soon as he gets rid of the ball to Green, he’s faking a pindown and whipping around a screen for an open 3. Against their Eastern Conference foes, the Celtics were able to key in on Kevin Durant, Giannis Antetokounmpo, and Jimmy Butler. It obviously won’t be as simple against Golden State. It’s not that communication won’t be important; it’s that it’ll almost have to be instinctual. Marcus does a good job directing Aaron Nesmith, but the time it took for Smart to raise his hand and point Steph’s way was enough for Kevan Looney to crush him with a pindown and free up Curry uncontested.

Similar stuff here with Thompson. The action is simple and by the looks of it, Boston knows what they’re going to do: Williams points out the Otto Porter Jr. down screen to Brown and Jaylen recovers enough to contest a possible pull-up. However, he makes the slight mistake of leaving his feet and Thompson side steps him for the mid-range jumper. The Celtics will probably live with that shot, but it does illustrate that Golden State will take advantage of even the smallest of windows.

In the regular season, the Warriors were a hair behind the Nuggets in total passes per game with Draymond Green as the spoke of the wheel in the half court, the conductor of the symphony of dribble hand offs, down screens, split cuts, and back door dummy actions. By virtue of his shooting gravity and having the ball in his hands a lot, Curry averages nearly as many assists as Green, but it’s really Green that manages the offense. Through the playoffs, Green is averaging over a fifth of the Warriors’ total passes and creating nearly a quarter of their field goal attempts.

To that end, Boston’s best chance to short circuit the Warriors’ offense could be pressuring Green. Basketball News’ Nekias Duncan suggests Tatum on Green. That makes a lot of sense. JT is 6’10” with a seven-foot wingspan and could disrupt some of Draymond’s vision and get in the passing lanes. That could buy perimeter defenders like Smart, Brown, and White just enough time to recover and daisy chain enough correct decisions to cover 24 seconds of mayhem.

The Celtics are less dynamic on offense and more deliberate. Whether it was Brooklyn, Milwaukee, or Miami, they consistently hunted for mismatches. In Eastern Conference Finals, it was Jaylen Brown tuning up the smaller Gabe Vincent for 35 points on 14-of-21 shooting and Max Strus for 34 points on 13-of-27 shooting. Against Milwaukee, Brown and Tatum played Brook Lopez off the floor, hitting 19-of-42 and dishing out eight assists against the slower big man. Against a considerably smaller Warriors team, the Jays could feast in isolation.

Even though Tatum took home the inaugural Larry Bird Trophy for the Eastern Conference Most Valuable Player, Brown was lockstep with Tatum against Miami, averaging 24 points, 7 rebounds, and 3 assists. His 40 points in Game 3 will be largely forgotten in a loss because of his seven egregious turnovers. His two missed free throws at the end of Game 6 could have closed out the Heat in The Garden. But for all his glaring shortcomings over the last two months, he’s been just a notch below Tatum in their career-defining run in 2022.

Golden State can throw two plus defenders at Boston’s best players, Green and Wiggins. If Gary Payton II can find his way back on the floor after fracturing his elbow in Round 2, he’s another. The veteran Andre Iguodala could be good for ten minutes, too. The Warriors successfully frustrated MVP Nikola Jokic and First Team All-NBA Luka Doncic, but Tatum and Brown are different animals, particularly Tatum as a playmaker.

If you’re looking for that Pippen-on-Magic matchup, it could come in the form of Tatum (or Brown) going one-on-one against Curry. Ime Udoka has been pretty savvy throughout the postseason inverting screens with Smart and Derrick White bringing over smaller guard defenders to free up Tatum and provide an outlet in the short roll for Tatum to drop off a pass and create 4-on-3 scenarios. How many times against Milwaukee and Miami did we see Smart and White open around the free throw line hitting a floater or kicking it out to the corners.

Truth is, Tatum has torched everybody. Outside of getting stymied by the Greak Freek, he’s handled most of his primary covers. Against P.J. Tucker, Jrue Holiday, Wesley Matthews, Jimmy Butler, and Kevin Durant, JT has hit an efficient 60-of-122 against the East’s elite defenders. The Warriors team-centric defense is yet another puzzle to solve for the young superstar, but after being a little wide-eyed at yesterday’s media availability, Tatum sounds ready for the Finals to begin.

“There have been times when I’ve questioned, ‘am I the right person to lead a group like this?,’” Tatum said on Wednesday. “I never doubted myself but there were moments in some of those losses and in the tougher parts of the season. It’s human nature to question yourself, but always stick to what you believe in and trust in the work that you’ve put in. It can’t rain forever.”

For Jordan, Pippen, and the Bulls, it didn’t rain forever either. After three consecutive playoff losses to the Detroit Pistons, they finally won their first ring in their breakthrough run to The Finals. And after beating the Nets, Bucks, and Heat — the three teams that eliminated Boston over the last three years — the Celtics have a chance at repeating history.

This sponsored post was published according to our guiding principles.